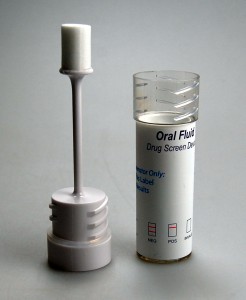 If the driver tests positive with the mouth swab drug testing kit the police will then take them back to the police station for further testing.

The penalties if you are found guilty of drug driving are similar to those for drink driving. This new test will make it much easier for the police to test drivers whom they suspect of driving while under the influence of drugs. Some of the drugs being tested for are prescription drugs including a group of drugs known as benzodiazepines which include amongst them Temazepam, Diazepam, and Lorazepam. Drivers may also be tested for Opiates and Methadone as well as Cannabis, Cocaine & Amphetamine.

For more information or to buy oral drug testing kits that screen for the drugs that are tested for on a drug driving drug tests visit UKDrugTesting.co.uk